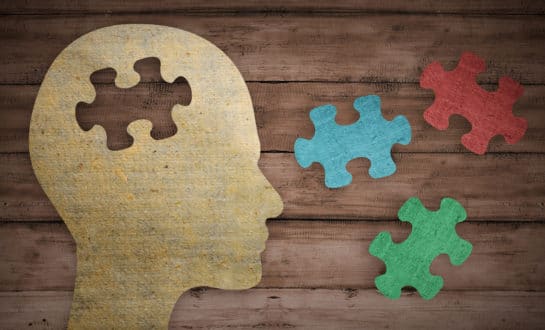 The History of NLP

According to Paul Tosey and Jane Mathison, writers who have done a great deal of work with contextualizing both time and place in describing the origins of NLP, Neuro Linguistic Programming was developed from the combined efforts of different individuals who came together to work in a special environment.

If we are to take a closer look at the history of NLP, we must begin with Dr. Robert S. Spitzer, the President of Science and Behavior Books and a Freudian psychoanalyst. He owned some property located in the Santa Cruz mountains, just above the University of California Santa Cruz (UCSC) campus. Dr. Spitzer’s wife hired drum tutor, Richard Bandler, to teach their son. And in the late 60’s, Richard Bandler’s responsibilities expanded as he became the caretaker of the property owned by the Spitzer’s in the Santa Cruz mountains and it was there that he began to attend UCSC.

In the year 1963, Science and Behavior Books was founded to aid therapists publish their works. The publishing house’s focus was on ground-breaking developments on counseling psychology, family therapy and human behavior. One of the therapists who benefited from the publishing house’s services was Virginia Satir, the creator of conjoint family therapy. Later on, the small publishing house became the publishing arm of the Mental Research Institute (MRI) in Palo Alto, CA. Satir joined that same Institute and in 1962 she started the first training program for family therapy. Afterwards, Satir became the first Director of Training at the Esalen Institute in Big Sur, CA. She was in-charge of supervising the Human Potential Development Program.

The Mental Research Institute (MRI) was the perfect go-to place for therapists who wanted to be on the fore front of psychotherapy research and practice. MRI provided support and facilitated the fast progress happening on the exploration of the human potential movement and the emerging Brief Therapy models. They gave therapists an environment wherein experiments were almost unrestrained, and therefore making MRI the first to formally introduce a training program in family therapy, published some of the influential early papers and books in the field, and became a haven for the leading figures in family therapy – Richard Fisch, Jules Riskin, Paul Watzlawick, Salvador Minuchin, Virginia Satir, Irvin D. Yalom, Cloe Madanes, and R.D. Laing. This unique organization was what inspired the creators of NLP to proceed with their exploration of human communication and therapeutic process.

Dr. Robert Spitzer was a close associate of both Virginia Satir and MRI. He was the one who introduced Richard Bandler to the renowned therapist, Satir. During that time, Satir hired Bandler to transcribe recordings on audiotapes of a month-long workshop on Conjoint Family Therapy. Spitzer observed that as Bandler kept on listening to the audiotapes for the purpose of transcribing it, he also began to imitate Satir’s mannerisms and voice patterns. After that, he asked for Bandler’s help in editing an unfinished manuscript of Fritz Perls, a Gestalt therapist who died before the accomplishment of his work. The finished manuscript was published and named as the Gestalt Approach. Bandler’s work was very impressive that Spitzer again asked him to transcribe a set of films regarding Perl’s teaching while incorporating the use of Gestalt. It was again observed that Bandler acted and talked like Perls, the same way he imitated Satir’s mannerisms and voice patterns.

Tosey and Mathison observed that the way Bandler reacted in the two situations would later be known in NLP as ‘modeling’, a process of being intimately identified to an individual that would later result to an imitation of the speech and behavior patterns. Through this, early modelers were able to identify and separate the elements of behavior, such as phrases, gestures, tone and tempo, and voice quality as the things that mostly affected or had a great impact on a person during their time with a modeler.

Richard Bandler who was a student at the UCSC wanted to gain academic credits so he decided to start a series of Gestalt seminars that were student-directed in the UCSC in 1972. The seminars were supervised by John Grinder, the college’s new faculty member. Subsequently, Bandler paired up with Frank Pucelik, a student who used the Gestalt approach in peer counseling and together they facilitated Gestalt training groups inside and outside of the campus. Bandler’s focus was on what worked in counseling for therapeutic changes to happen, while Pucelik stressed on the importance of understanding the patterns and used them systematically. John Grinder found that the patterns they promoted were highly effective and this was enough to convince him to help them. He even compared the work of the two with that of Fritz Perls, the creator of the Gestalt approach, and observed that the work of the former was more effective than the model they were copying.  Grinder assisted the team in identifying and refining their patterns and later on added his background in linguistics to formalize the patterns used by the team. The early work of the two served as a foundation for the first two books in the field: The Structure of Magic, Vols. 1 & 2.

The UCSC played an important role during this time. Tosey and Mathison featured the UCSC’s newly established Kresge College and called it as “a radical experiment in education”. Moreover, Grant and Reisman also describes the college as the “most avant garde experiment” of the University.

The college’s innovative setting wherein both students and professors were ascribed as co-learners led the way for the creators of NLP to emerge and carry out their dynamic philosophy into their study of the most innovative therapists of that time. All the more was the scope of study elevated when they were partnered with therapists from the MRI and Esalen.