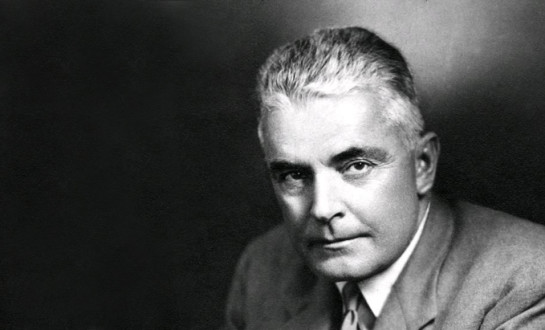 Who Is Milton Erickson?

Milton Erickson was an American psychiatrist and psychologist who specialised in medical hypnosis. Erickson heavily influenced Neuro Linguistic Programming techniques as we know them today, and thanks to him, we now have the Milton Model of hypnotherapy.

Erickson had a fascinating childhood. He was dyslexic as well as colour blind, and at 17 years of age he was diagnosed polio. He was so badly paralysed by polio that doctors thought Erickson would soon die. However, he was determined to prove them wrong.

‘As I lay in bed that night, I overheard the three doctors tell my parents in the other room that their boy would be dead in the morning. I felt intense anger that anyone should tell a mother her boy would be dead by morning. My mother then came in with as serene a face as can be. I asked her to arrange the dresser, push it up against the side of the bed at an angle.  At that angle by virtue of the mirror on the dresser I could see through the doorway, through the west window of the other room. I was damned if I would die without seeing one more sunset.’

After the sunset, Erickson was unconscious for 3 full days! As he recovered, he discovered he was paralyzed. Unable to move or speak, he started to understand nonverbal communication and its significance in human interaction. Through studying body language and tone, he noticed that the non-verbal communication often contradicted the words being used.

Knowing he would need to learn to stand and walk once recovered, Erickson studied his baby sister intently as she learned how to crawl and stand up by herself. He then started to recall body memories, and used this technique to concentrate on those memories to slowly regain the ability to speak and move his arms. Erickson then pushed his body harder, setting himself an ordeal to complete a canoeing trip of 1000 miles with almost no money! At trips end, he could walk by using a cane.

Having grown up on a farm, Erickson had planned to work in the family business. After his recovery he understood he would no longer have the ability to work on the farm, and turned his attention to medical studies. Erickson completed a degree in psychology, and later worked with Gregory Bateson and Margaret Mead to continue their research on communication and trance.

We explore the Milton Model at Excellence Now, and spend time practicing the techniques that Erickson himself used to induce trance in his clients. As a form of hypnotherapy, the Milton Model is made up of three key parts.

Rapport – We know from the activities at Excellence Now that rapport is fundamental in all communication, and by building rapport through matching and mirroring, we can communicate with anybody on the planet. In hypnotherapy, rapport is crucial, as it increases the responsiveness of the person we’re working with.

Indirect Communication – The third part of the Milton Model looks at the use of vagueness and metaphorical language for accessing the unconscious mind, giving the practitioner the ability to make indirect suggestions through hypnotic language patterns.

People who work in life coaching, business coaching, and health coaching have often completed Excellence Now to be able to incorporate hypnosis into their coaching and mentoring practices. There is often a misconception that through hypnosis a practitioner will ‘make’ someone do something.

You see, we will never do anything that is outside of our own values and beliefs. For example, if we were going through a hypnotic process to help you to quit smoking, and I told you to go and rob a bank, you would not do it if you believe that robbing banks is wrong.

Learning hypnosis is such an incredible tool for any life coach as it gives them the ability to help their clients achieve massive results when working on phobias, fears, and anxiety. If you would like to take your life coaching business to the next level, join us for our next Excellence Now NLP training course, where we will explore the Milton Model and put the theories into practice!