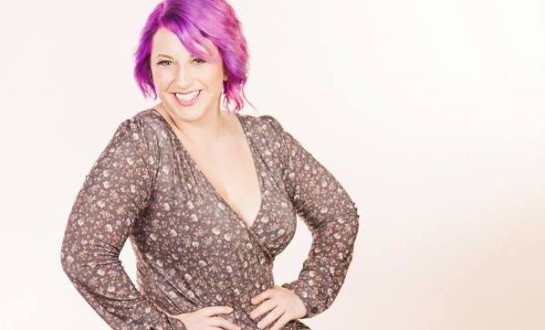 Ellie Burscough grew her business by $300k in 12 months, find out how!

In just 12 months since attending Live it Now and Excellence Now, owner of PT Mentoring Ellie Burscough has seen an explosion, going from bringing in $4,000 in revenue per month to $30,000, and recently celebrated her first ever $100k month!

We caught up with her to learn more about her journey over the past year.

Q. What courses have you studied with Matt and Your Future Now?

A. In March 2015 I attended Excellence Now, and ever since then, have been having one-on-one coaching with Matt.

I also attended a Live it Now weekend which was amazing, I loved it. To have some big breakthroughs and to be surrounded by a room full of like-minded people was incredible.

Q. What is your business, can you tell us a bit about it?

A. My business is called PT Mentoring, I mentor personal trainers and coaches to help them grow their businesses while creating an awesome lifestyle for themselves so they can work wherever and whenever they want.

I work with the trainers and coaches on their mindset and on implementing strategies so they can get much faster results. I really believe that all the strategies in the world won’t help you if you’re in a bad head space, so I help them to overcome limiting beliefs about themselves so they can move forward much faster, and get really fast results.

Q. In Excellence Now, what did you find to be the biggest challenge?

A. It was really emotional! I was already coaching, but I didn’t have the NLP techniques and strategies to use. I found after I completed Excellence Now I was able to get much faster results with my clients because I could dig much deeper. Results that were previously taking a year to achieve were often happening in just one session!

I found the time line therapy particularly emotional, after one session during Excellence Now, Matt actually suggested to me that I should go to back to my hotel room and nurture myself by eating some good food, taking a bath and going to bed early.

Instead of doing that I got drunk.

I found I was reverting to old behaviours, which was scary, because I knew I had to move forward. I spoke to Matt about it the following day, and since then I’ve been able to realise when I’m reverting back to those old behaviours, so now I can choose the healthier and better option ☺

Q. In what areas of life has your experience in Excellence Now helped you?

It’s also helped me with relationships with both myself and others around me, confidence within myself, and I’m now able to see the world through different eyes. I have a much more positive outlook and I’m able to overcome obstacles that come my way, and let go of things so much quicker than I was able to before.

Q. Excellence Now is an intensive training, and being coached by Matt certainly isn’t for the faint-hearted, do you think being pushed outside your comfort zone accelerated your success?

A. I signed up for one-on-one coaching with Matt shortly after completing Excellence Now in 2015, and also did a two day intensive breakthrough with him in Sydney.

At the start of that breakthrough, Matt pushed me waaaay outside of my comfort zone before we even started looking at negative emotions from the past, and I was already crying. Some stuff came up around my dad, specifically that I had always felt he wasn’t proud of me.

Matt had me get straight on the phone and have a conversation with my dad, which was really hard to do, and all these thoughts were going through my head like it was the middle of the day and he wouldn’t pick up, my dad’s a really hard worker, he never takes a day off, but he was actually at home sick, so it was perfect timing.

I shared how I felt, I said I didn’t feel like he was proud of me, and we had a conversation that lifted a huge weight off my shoulders. When I came back into the room, Matt had me look at myself in the mirror, my eyes were glowing! That was a massive moment for me as that feeling was something I had been holding onto my whole life

Even when I feel like I’m doing well, Matt calls me on my shit, and finds the things I still need to work through. I know I’m a great coach who delivers great value to my clients, but there are things that I can’t coach myself through and Matt is able to dig deeper than I can to get those breakthroughs.

I’ve tried many different coaches, but Matt is the best coach that I’ve ever had.

If you would like to follow in Ellie’s footsteps and develop a bullet proof mentality to overcome any challenge in business and watch it grow to 6-figures, register for our next Excellence Now event today!